Noriyuki Misawa designed and created a shoe inspired by a violin, and Donald Kilpatrick carved the soles in keeping with the musical theme. 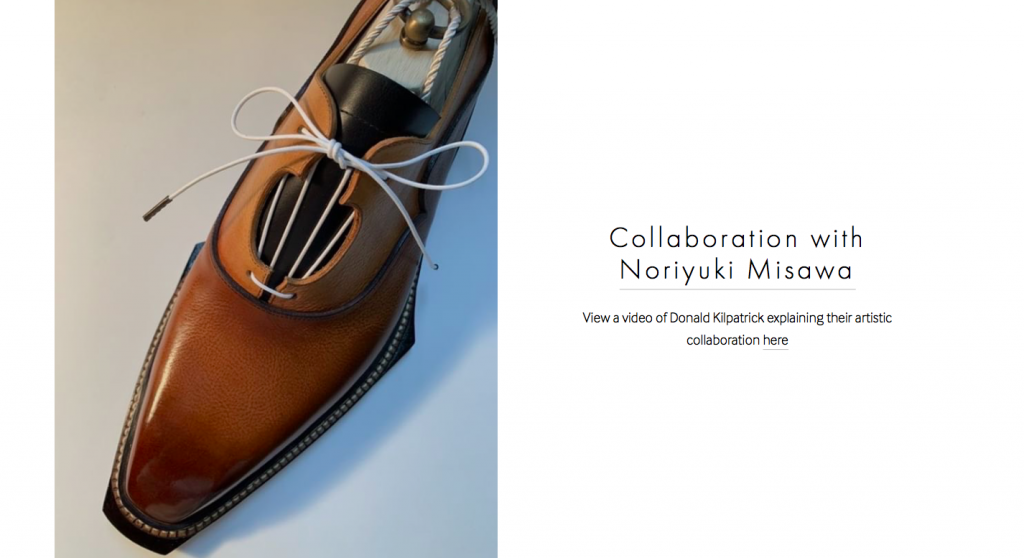 Donald Kilpatrick III earned his M.A. in Illustration from Syracuse University in 2006 and moved to Detroit in 2007 to join the faculty of CCS in traditional and digital illustration; he became department chair in 2010. A successful freelance illustrator, Kilpatrick’s work has been featured in publications such as Fortune, the L.A. Times, and the Wall Street Journal. He was involved in the design of the 2002 Olympic medal for the Salt Lake City Winter Games. He has received numerous awards from organizations such as The Society of Illustrators. He has exhibited his artwork in cities including New York, Philadelphia, and Miami. Kilpatrick is a founding member of The Detroit Wood Type Co., and Signal Return.