Misawa observes that the so-called present “classics” are achievements produced by creators whose extended efforts made something new and inventive. These predecessors explored the creation of never seen, outrageous designs based on tradition. An artist with a sense of mission to carry on the predecessors’ paths, while seeking on his own path to produce a new artistry of shoes – this is Misawa’s art.

“Everything, all sorts of things in the world, appear through multiple-lens spectacles as different views of the shoe’s form to me.” Misawa gained this special vision naturally as a result of his ardent quest for the beauty of the Shoe. Misawa creates never-seen-before art works by fabricating combinations: the enormous number of images accumulated in his mind, and the after-images appearing through the special “lens”.

Misawa’s creative journey started because he was completely obsessed by the “artistry” of Shoes expressed in its functional beauty. On his path, Misawa has acquired skills and knowledge required in shoemaking and has disciplined himself with exploring the beauty of the Shoe, painstakingly and deeply. By doing so, Misawa has archived everything and anything in the world of Shoes data in the library within his brain. In the meanwhile, he realized that the beauty of Shoes is not only as devices for merely walking, but they can be artworks or craftworks. This thought brought him to Austria. During his days of living in Vienna, Misawa appreciated every single masterpiece done by Klimt, Schiele, and other artists.These art revelations continued after his moving back to Japan. And Misawa added those art pieces to the library within his brain.

Misawa realized for himself that everything, all sorts of things in the world, appear through his multiple-lens spectacles, presenting different appearances of a shoe’s form. And he can’t take these special glasses off anymore. Automatically, these transparent “Shoe glasses” became part of Misawa’s life and himself.

The different forms of the Shoe revealed by the lenses are never the same, since Misawa is able to select one freely from the well-organized, archived data in his brain’s library. When the images or after-images of the varied objects that appeared through the special spectacles combined with the shoe vision selected from his library, consciously or unconsciously, then they form an image in his mind; Misawa’s art piece is born.
“Imagination is essentially based on memory; it follows recording and memorizing what you’ve seen and experienced. Imagination is the creation of putting elements together, whatever the idea is, in different combinations. It’s a process of arranging knowledge into new formats.” – Syd Mead, a legendary industrial designer/visual futurist, who associated with Misawa.

Misawa embodies what Syd said with sophisticated techniques acquired by being a shoemaker and by studying leather crafting. The infinite odyssey seeking the “artistry of Shoe” - this is Misawa’s imagination and creation. 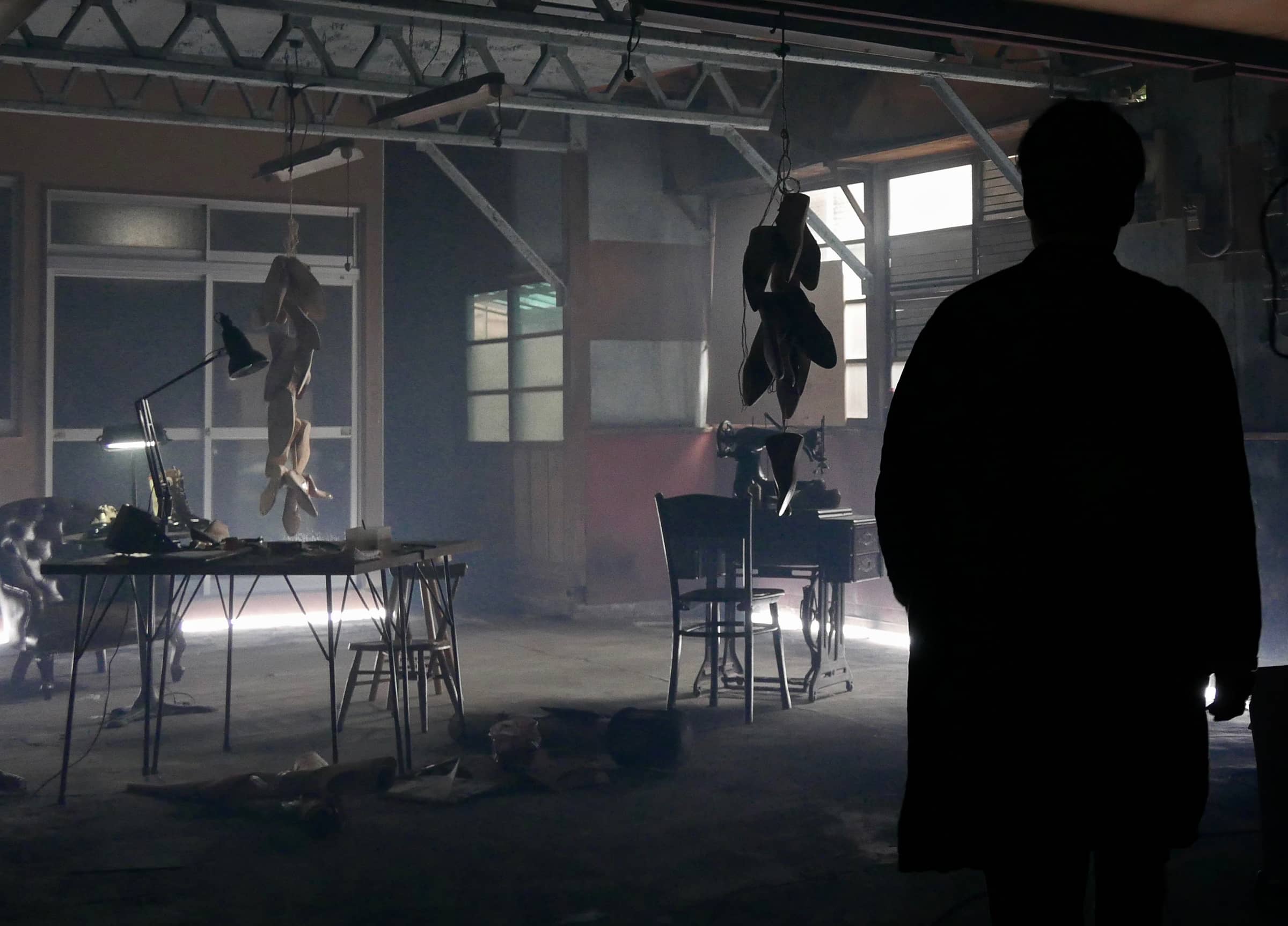